Nokia finally took the wraps off the Nokia X6 smartphone in a ceremony held in Beijing China. The X6 is coming as Nokia’s first smartphone with a notch on its display and we must admit the device lived up to expectation, that is if you have no problem with smartphones having a display notch. 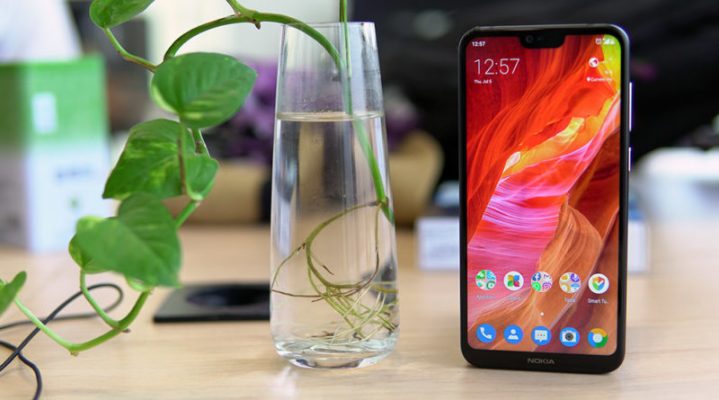 Indeed, the Nokia X6 comes with a cut-out on its display which is a compromise on the symmetry so as to create a near bezel-less display design. That is obvious at the top edge and the sides but the chin still has a noticeable bezel. The front design really isn’t very much different from other notch-packing smartphones around except that the cut-out is just moderate in size, a little bigger than the Essential Phone’s and smaller than iPhone X’s. The display size is 5.88 inches with the 19:9 aspect ratio and an FHD+ resolution of 2280 × 1080 pixels. The display gets further protection from a Corning Gorilla Glass 3 panel. The back of the Nokia X6 is just as premium as the front aspect. While the mid-frame is made of aluminium alloy, the rear panel is wrapped with Corning Gorilla Glass just like the display, giving the device a glass body. The premium look will be available in Black, White and Dark Blue colours. The volume rockers and power buttons lie at the right side of the display while the SIM tray is at the left side. The device further packs a dual camera setup at the rear which is aligned in a vertical plane at the middle. The rear camera is a 16MP+5MP combo with a 16MP sensor at the front for selfies. There is also a rear-mounted fingerprint sensor just under the cameras but there is equally Face Unlock feature onboard. Other top-notch features include 4G VoLTE, WiFi 802.11 ac (2.4GHz + 5GHz), Bluetooth 5, GPS + GLONASS, and USB Type-C. The device gets its juice from a 3,060mAh which from experience, isn’t the best they could have done but there is QC 3.0 fast charging technology onboard.