Xiaomi Mi Box 4K: What is it, what does it do and how does it compare with Amazon Fire TV Stick 4K

The Mi Box 4K, like every other Xiaomi product out there, also punches way above its weight when it comes to feature set and pricing.

Xiaomi has launched its first online streaming media player, aka the Mi Box 4K in India. The Mi Box 4K, like every other Xiaomi product out there, also punches way above its weight when it comes to feature set and pricing. Xiaomi went to great lengths to compare the Mi Box 4K with the Amazon Fire TV Stick 4K during its online keynote presentation on Friday, claiming how its product is supposedly better (and cheaper). And it is, in many ways. But at the end of the day, it would all narrow down to the kind of ecosystem that a consumer is comfortable investing their time and money in, rather than spec sheets, when it comes to a device like the Mi Box 4K or Amazon Fire TV Stick 4K.

The Mi TV Box 4K is a 4K Ultra HD streaming player based on Google’s Android TV operating system. So, in terms of core technology, it’s probably closer to a Google Chromecast or an Airtel XStream stick — rather than the Alexa-powered Amazon Fire TV Stick 4K

The purpose of the Mi TV Box 4K is simple. It is designed to turn any non-smart TV into a smart TV. Now, this doesn’t mean it can do that with any TV. The Mi Box 4K can’t turn your “dumb” flatscreen TV any smarter. You must understand that your TV must have some amount of smartness to be able to support the Mi Box 4K. You need to have a high-definition television with high-speed HDMI input to make use of the Mi Box 4K.

And because the Mi Box 4K is a streaming device, it requires an active Internet connection to do that. Though unlike the Amazon Fire TV Stick 4K, the Xiaomi Mi Box 4K can play local files as well through its built-in USB 2.0 port. The Amazon Fire TV Stick 4K, as the name suggests is just a “stick” that directly plugs into your TV, while the Xiaomi Mi Box 4K is a “box” with additional ports that make it more useful. Even the Google Chromecast and Airtel XStream stick don’t have any secondary ports.

That boxy design also allows Xiaomi to fit an audio out port in the Mi Box 4K that supports both the 3.5mm and SPDIF standards. This means you can connect external sound systems to your setup. That’s in addition to controlling the audio of your TV with the bundled Mi remote, provided it has an HDMI ARC port. The Amazon Fire TV Stick 4K doesn’t support external audio out, but it can let you control the audio on your TV via its bundled remote. Xiaomi’s remote can’t mute your TV, Amazon’s can do that.

Both the Mi Box 4K and Amazon Fire TV Stick 4K come with a voice remote. Amazon offers both Bluetooth and Infrared in its voice remote. Xiaomi’s remote supports only Bluetooth.

When it comes to the ecosystem, the Fire TV Stick 4K should be your go-to choice if you’re already an Amazon (Prime) customer. The device ties up well with all of Amazon’s services plus it also supports YouTube “officially” now. Though it can’t match the Android TV 9.0-based Mi Box 4K’s wealth of apps and games that you can download and install on it from the Google Play Store. The Mi Box 4K also comes with Chromecast built-in. It is possible to sideload apps on both the devices.

That said, the Mi Box 4K supports Google’s Data Saver functionality that’s claimed to “allow upto three times more content streaming, along with data counter for individual apps, and the ability to cast locally and wirelessly to the TV without the need for an Internet connection,” which can come handy in the ongoing pandemic scenario when stress on the internet is way too high.

Where the Mi Box 4K falls short, it more than compensates for in pricing. Xiaomi has launched the Mi Box 4K in India at a price of Rs 3,499. The Amazon Fire TV Stick 4K in contrast sells for Rs 5,999 in India, while a 1080p version of the same device is available for Rs 3,999. Clearly, Xiaomi’s pricing undercuts Amazon’s while bringing a lot of similar functionality including a voice remote to the table.

An Android TV box is a small media center box that connects to a TV and plays movies, TV shows and apps such as games.

Android TV boxes are popular items these days and allow a user a wide range of uses from surfing the web to streaming video straight to your TV. 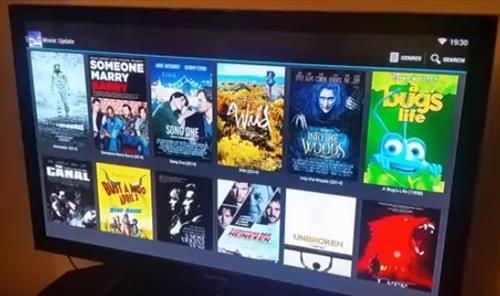 These small boxes can turn almost any TV into a smart TV with a wide range of options. Most people use them to stream movies or TV shows from their favorite streaming sites, such as Netflix, Disney Plus, or Hulu.

Videos can also be stored locally such as a large video library and played on-demand.

How Does It Work?
A box is connected to a TV and setup to the internet via wired Ethernet or WiFi connection.

After a box is connected to a TV, and the internet, apps can be installed.

Android is an Operating System, like Windows or iOS, that was created by Google mainly for mobile phones. It runs on ARM-based processors which makes it portable to any device that runs the same hardware.

Since the Android Operating System is open source and free, it is much cheaper to manufacture hardware based on it and sold.

While it is mainly used on smartphones it can also be installed on small boxes that run the same hardware but give better input and output options.

For example, Android TV boxes can output HDMI to a TV giving it HD viewing ability. They also can use a remote control, keyboard, or mouse for input.

First Thing To Do After Opening the Package
The first thing to do is to plug the box HDMI video cable into your TV.

Once connected to a TV and powered on, connect to your WiFi.

Some boxes will have a setup screen for WiFi while for others it is in the settings section.

Alternatively, an Ethernet cable can be plugged into the unit.

One the box is powered on and connected to the WiFi it is ready to be used.

Alternatively, Apps can be installed from other locations such as websites.

Android uses files called APK which like EXE file for Windows can be installed from anywhere.

For example, Kodi is a popular Android App that can be downloaded and installed from the Google Play Store or straight from the Kodi site.

What Can an Android TV Box Do?

They are mainly used to stream video content to users allowing them to watch their favorite TV shows and movies on-demand.

A very large variety of apps can be installed that can do everything from creating a document to checking the weather.

What Movies and TV Shows Can You Watch on an Android TV Box?
Android TV boxes are great at playing videos that are locally stored and from online sources.

This means that unless the videos are stored at your home a provider for the videos is needed, usually with a service such as Netflix, Hulu, or Disney Plus.

Each provider is competing with each other and will have different movies and TV shows to watch.

They also have different pricing with a monthly fee usually less than $10 a month.

Videos that you own can also be played from internal storage.

This means a large video library can be stored on the unit and watched at any time.

Each unit will have different hardware but usually limited internal storage.

Large video libraries are usually stored on an external hard drive or flash drive which are plugged into a USB port on the box.

Can You Watch Normal TV on Android Box?
Yes, depending on the service subscribed to any TV shows or movies can be watched.

Every service will have different movies and TV shows or other on-demand services such as sports.

For example, live sports may be included in some service package or be added on for a fee.

Researching each service is best to see which one will match your viewing habits.

How Do You Watch Movies and TV Shows on an Android TV Box?
Find the best service for the types of movies and TV shows you want to watch.

Download the app for the service from the Google Play Store.

Do You Need the Internet to Use an Android TV Box?
If you plan to stream videos from online sources, yes an internet connection will be needed.

If you plan to store videos locally and stream from a home video library, no an internet connection will not be needed.

Since an Android TV box is just a small computer like any computer it does not need the internet to operate.

The internet can greatly enhance a TV box capabilities and most will need an internet connection.

If you have a large video library stored on an external hard drive or flash drive the internet is not needed to play local files.

What Type Of Boxes are Available?
Units come in all shapes, sizes, and pricing formats.

Like all things, computer-related better hardware is introduced constantly from many manufacturers.

Low-cost budget boxes are available along with high-end units packed with the latest fastest hardware.

Each box will come with its own setup as manufacturers modify the Android code to fit their machines.

Which box is right for your setup very much depends on what fits your need and price range.

The best way to see what is best for your setup is to read reviews on units within your budget.

Summary
Android TV boxes are here to stay and are a nice fit into any home entertainment center.

Android smartphone users will have no problem quickly moving about the interface and finding what they want. As with any computer, those that are new may have a slight learning curve as to how things work.

Most units are different and will have different features and hardware. Most don’t come with much internal hard drive space and use micro-SD cards or flash drives to give more storage space.

Some high-end units give large internal hard drives which of course will cost more.

Low-end units are popular since they are cheap and a nice place for many to feel comfortable starting with. While many cheap units work well keep in mind they often require some skill to setup and operate.

If you have some knowledge of Android based systems using a low-end box will likely be fine. If you have never used one before having a unit with technical support may be best which low-end boxes don’t usually offer.

Reading reviews and watching YouTube videos on the different units available is best to see which one would fit your skill and home setup.

Also, keep in mind how good the WiFi the box has. Streaming video over WiFi can be challenging at times even with good equipment. Running a wired Ethernet cable is always best but sometimes not feasible. If you do need to use WiFi be sure to read how well it streams video content over a wireless setup.