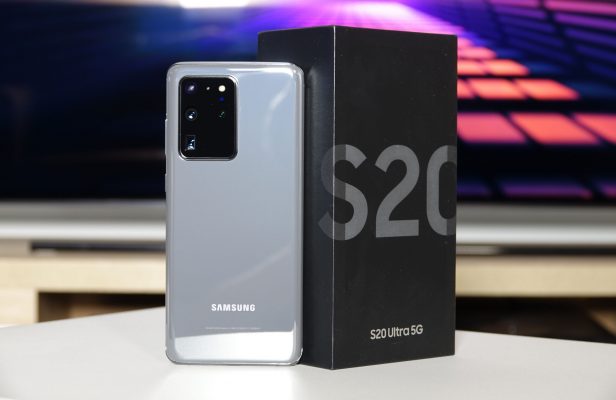 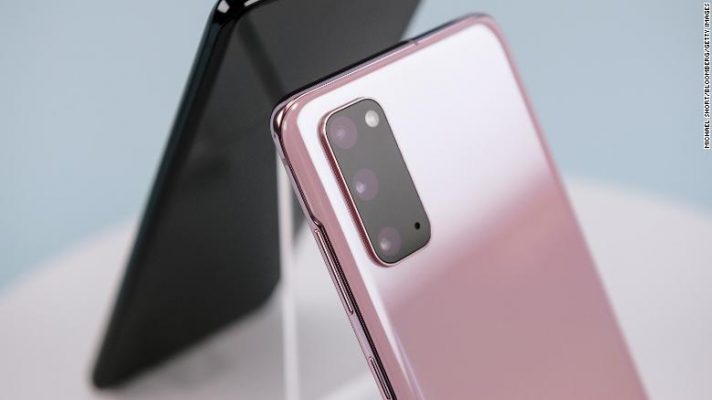 The Samsung Electronics Co. Galaxy S20 smartphone, right, is displayed during a media preview event in San Francisco, California, U.S., on Friday, Feb. 7, 2020. Announced at simultaneous events in San Francisco and London, Samsung’s Galaxy S20 family of Android phones has a 6.9-inch Ultra model with four cameras on the rear ??which include a 108-megapixel sensor??as well as??100x zoom ??16GB of memory, a huge battery and an eye-watering $1,399.99 starting price. Photographer: Michael Short/Bloomberg via Getty Images 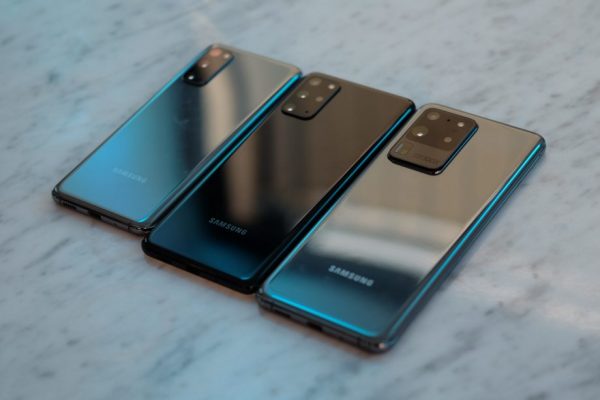