Amazon has long offered one of the best smart feature sets in its speakers, but the Echo Plus backs that up with a splendid sonic performance

Until now, the word order in the term ‘smart speaker’ neatly indicated Amazon’s priorities when approaching its Echo products. While its speakers have been sonically acceptable, the focus appears to have been on features before performance. As a result, they’ve not troubled the class-leading wireless speakers at a similar price.

But, while it is still one of the most intelligent audio products on the market, this 2nd-gen Echo Plus breaks that mould: less a smart speaker, more a speaker with smarts.

Beneath its cotton jacket – available in rather staid colour flourishes of Charcoal, Heather Grey and Sandstone – there is an 8cm neodymium woofer and a 2cm tweeter emitting sound through 360 degrees.

Just under 10cm in width and standing almost 15cm tall, the Echo Plus’s cylindrical body does not quite offer room-filling sound, but certainly has the presence and power to make itself heard.

At what we assume to be the rear of the Echo Plus there are power and 3.5mm aux inputs, while on its crown is the ‘action’ button, a mic on/off switch and basic volume control. For most, those buttons will be largely redundant; why buy an Alexa-controlled smart speaker if you aren’t going to talk to it?

You’ll need the relevant app to set it up with your Amazon account, third-party streaming services and any other compatible smart-home devices, but after that you can effectively forget about having to manually dial anything in again.

As well as it being able to read you the weather forecast, football scores and whatnot, the new Echo Plus has a built-in Zigbee smart home hub to control any compatible light bulbs, plugs and in-wall switches, and accommodates a built-in temperature sensor so you can be more accurate with your adjustments. 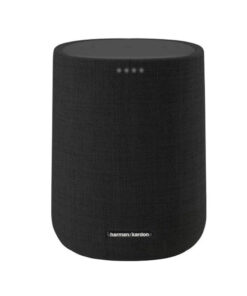 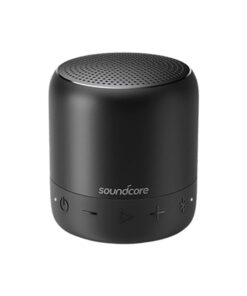 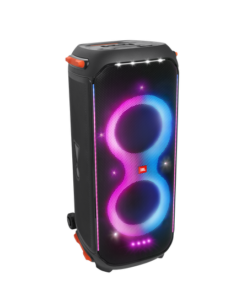