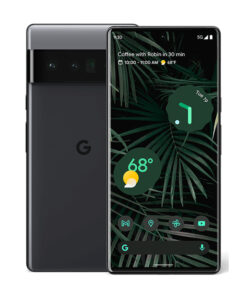 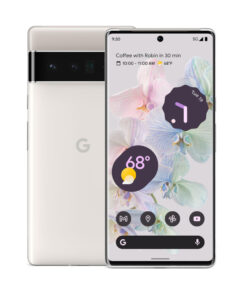 The Google Pixel 6 Pro features a 6.71-inch LTPO AMOLED, 120Hz display, Android 12, and Google Tensor (5 nm) processor with Mali-G78 MP20 GPU. It also comes with a dual 50 MP + 12MP rear camera and an 8 MP front camera for selfies. The Pixel 6 Pro runs on 8 GB RAM with 128GB storage and all this is powered by a 5003 mAh battery. The phone arrives in the colors, Cloudy White, Sorta Sunny, and Stormy Black. You can buy it in Kenya today at Phoneplace for the best price.

With the Google Pixel 6 Pro’s 6.7-inch display and weighing in at 210 grams, the Pixel Six Pro is beefy. The phone shows off a new design language for Google pixel with its bolder corners and lines and curved glass around the back and front of the phone. All protected by Gorilla Glass Victus. The punch hole camera has moved to the center of the screen and the optical in-display fingerprint scanner’s placement is nice towards the top of the lower third of the phone.

The dual-tone glass looks great. And the camera bump really is the focal point of the back of this phone. The frame is made of polished aluminum all the way around except for the top part which has a plastic insert for letting millimeter-wave 5g signals pass through. This phone is available in the colors Cloudy White, Sorta Sunny, and Stormy Black.

By the way, Google says Google Pixel 6 Pro is the best expression of Android. But moving on, the Pixel 6 Pro’s display is the largest display on any pixel phone. It’s a 6.7-inch LTPO AMOLED QHD plus screen. It Supports a 120 Hertz refresh rate and it can play HDR 10 content. The phone achieved a maximum brightness of 860 nits with the adaptive brightness turned on. This phone excels with sunlight legibility. There are just three-color display settings. There are dual stereo speakers on the Pixel 6 Pro and they sound good with emphasis on vocals. The bottom-firing speaker is louder than the earpiece.

On Google Pixel 6, there is a choice of 128 or 256, or 512 GB onboard. One of the major developments of this year’s Pixel phones is that they feature the new 5-nanometer Tensor chipset built in-house by Google. This is a move by the company to provide a more proprietary experience, and also to stand out from other manufacturers. Since this is the first generation software-wise, the Pixel 6 Pro doesn’t feel so different from other high-end Android phones. Except for the fact that it runs the new Android 12, which provides things like color themes for your icons and menu.

Google Tensor (5 nm) however does provide neat features like Google’s automatic speech recognition is more advanced than ever before. And real-time translation is becoming even more of a reality. Both in actual conversations, as well as the captions for videos that you’re watching. Google Tensor’s (5 nm) performance is excellent compared to the high-end Snapdragon 888 chipset.

There are three new camera sensors on the Google Pixel 6 Pro including a 50-megapixel main camera, a 48-megapixel Periscope Teleo camera with four times optical zoom, and a 12-megapixel ultra-wide camera. All these sensors are larger than those from their predecessors. The main and Periscope cameras have optical image stabilization in daylight. The Pixel 6 Pro camera performs very well. Photos from this phone’s main camera are great. There’s excellent sharpness and plenty of fine detail. Colors are vivid, and not oversaturated. Portrait shots are decently sharp and have generally good subject separation.

The ultra-wide camera captures very good photos with lots of detail although the field of view isn’t as wide as on some competitors. The front-facing 11.1-megapixel selfie camera shoots great-looking selfies with nice details and pleasing colors. Dynamic range is also quite good. This is a 4k video shot with the front-facing camera of the Google pixel six pro’s with an out speech enhancement on.

The Google Pixel 6 Pro comes with a 5,000 mAh battery, which is pretty large for a pixel. Although the battery is large, the Google tensor chipset and the 120 Hz screen do use a lot of power. Resulting in an 84-hour endurance score. It’s worth noting that the Pixel 6 Pro doesn’t come with a charger adapter. But Google does sell a 30-watt charger meant for this phone. The phone does reach the advertised 50% in 30 minutes, but it takes almost two hours to fully charge it.

Be the first to review “Google Pixel 6 Pro” Cancel reply 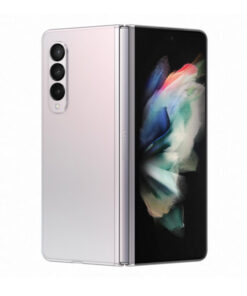 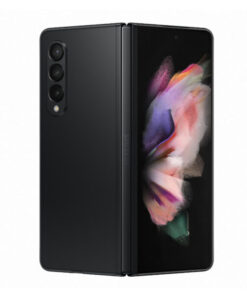 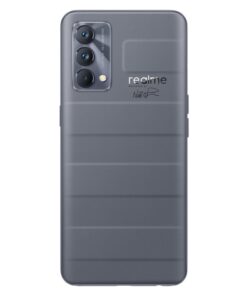 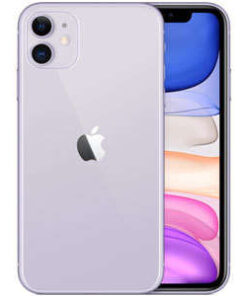 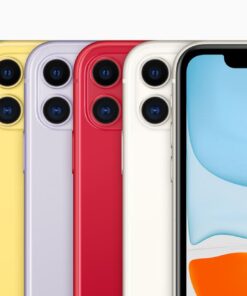